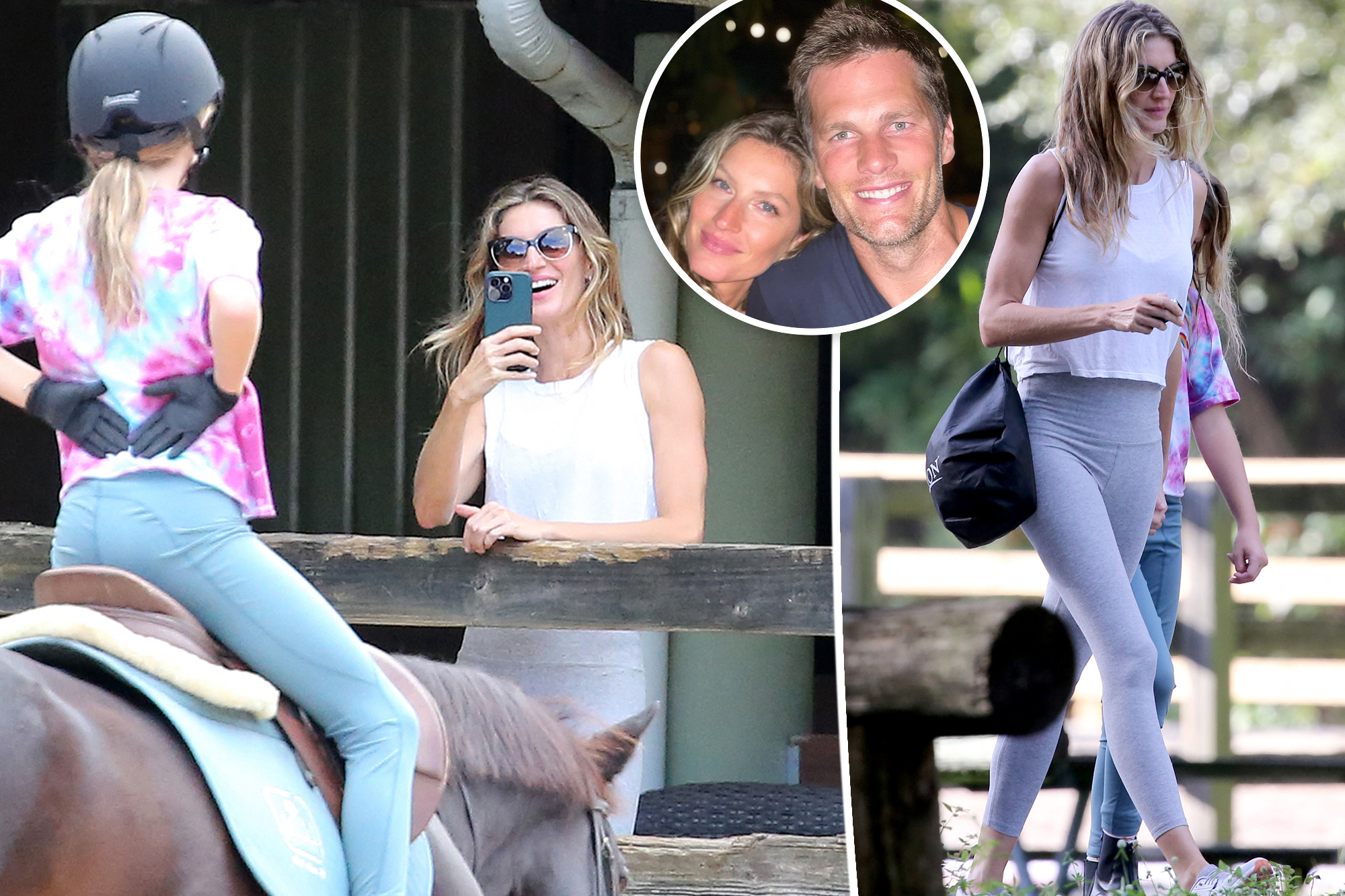 Days before announcing her divorce from Tom Brady, Gisele Bündchen was all smiles during an outing with one of the pair’s two children.

Last week, the supermodel, 42, and her only daughter, 9-year-old Vivian, took a trip to a horseback riding facility in South Florida to enjoy some quality mother-daughter time.

As the preteen rode around the paddock, Bündchen stood outside the enclosure and recorded the riding session on her cellphone. Vivian laughed and waved at her proud mom for the duration of the activity.

The duo was dressed casually for the afternoon, with the former Victoria’s Secret Angel rocking a white tank top, gray leggings and matching sneakers, which she paired with sleek sunglasses and wavy hair.

Vivian opted for more color, sporting a rainbow tie-dye T-shirt, dark riding pants and black shoes. Like her mama, she also wore her hair down and styled naturally.

Both mom and daughter appeared happy and in good spirits despite the tension at home.

Less than a week after the outing, Bündchen not only confirmed Tausi Insider’s numerous reports that there’s been trouble in paradise with Brady, but she also revealed their split was already legally official.

After almost 13 years of marriage, the model told her Instagram followers on Friday morning that she and the NFL star had “amicably finalized [their] divorce.”

Bündchen insisted she had “much gratitude” and felt “blessed” for “the time [they] had together,” explaining that the two had simply “grown apart.”

However, eagle-eyed fans may have picked up on some shade toward the quarterback when the Brazil native spoke in the first person about their children: Vivian and son Benjamin, 12.

“My priority has always been and will continue to be our children whom I love with all my heart,” Bündchen wrote in her statement, adding fuel to the rumors that she called it quits because Brady chose football over saving their marriage.

Bündchen and Brady — who also co-parent his son with ex Bridget Moynahan, Jack, 15 — sparked separation speculation last month after getting into an “epic fight” over the Tampa Bay Buccaneers player’s shock decision to “un-retire” from the NFL.

“Gisele has always been the one with the kids,” a source told Tausi Insider at the time. “They had agreed he would retire to focus on the family, then he changed his mind.”

The model had not been seen wearing her wedding ring since.

Brady, for his part, also posted about the duo’s “finalized” divorce, but he used very different language.

Speaking exclusively in “we” statements, the former New England Patriots player, 45, told his own Instagram followers on Friday morning that he and Bündchen “arrived at this decision to end [their] marriage after much consideration.”

He also referred to the split as “painful and difficult.”

Yes, AirPods Work With Android: But Here's the Catch! Average MrBeast Burger not worth the hype — and long waits