Production of the Wells Vertige, the new £50,000 British sports coupé revealed in summer 2021, will shortly begin at a new factory in Bishop’s Itchington, Warwickshire, with the first cars expected to be delivered by the middle of this year.

Having already sold the first year’s production run of 25 Founder’s Edition cars, founder and CEO Robin Wells has begun taking orders for the next annual batch of 25.

Since showing the Vertige at the 2021 Goodwood Festival of Speed, Wells and engineering consultant Robin Hall have continued to develop the car, equip the factory, assemble and train a manufacturing team and create a supply chain, this using as many local suppliers as possible.

Wells and his team have amassed more than 20,000 test miles in Vertige prototypes, driving night and day and taking the opportunity to improve its specification as well as proving its durability.

The latest changes mean the Vertige will have a slightly slower steering rack (2.8 turns lock to lock instead of 2.5) and slightly smaller section front tyres (195s instead of 205s) to improve steering feel. Michelin Pilot Sport 4 tyres replace the original Avon rubber, because Wells and Hall prefer their benign on-limit handling. 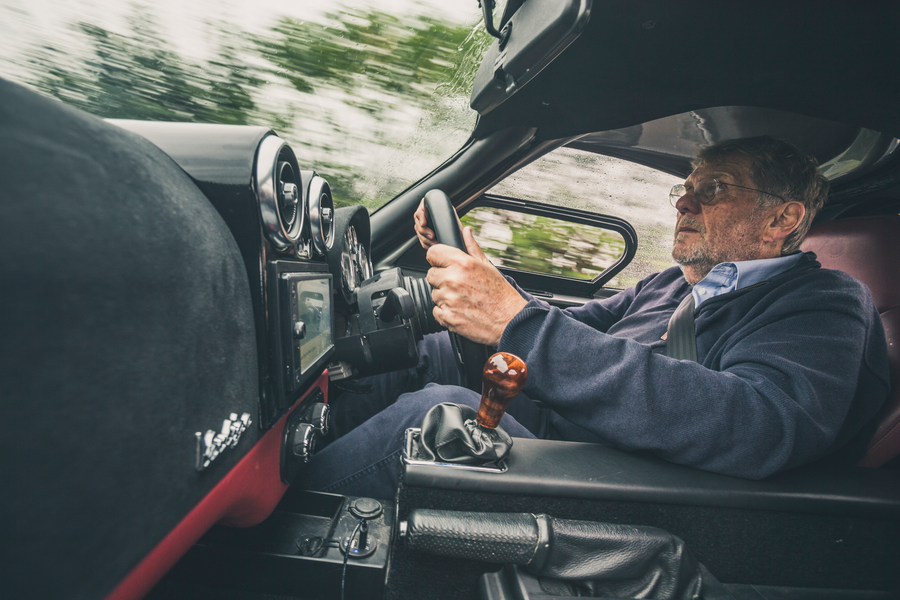 Wind noise – an early Vertige issue – has been deafened by subtle modification to the door apertures and careful development of the door seals. Modifications to the mounting of the rear screen and development of a new onepiece headliner have also made important contributions.

A redesign of the engine’s twin airboxes has improved induction airflow and quelled a persistent engine boom.

An uprated engine ECU and a lighter flywheel have also greatly improved the engine’s performance feel, says Wells, although there’s no change in the 208bhp output of the mid-mounted 2.0-litre Ford-derived powerplant.

This grunt, coupled with the Vertige’s ultra-low kerb weight of 850kg, will easily deliver a sub-5.0sec 0-60mph time and a top speed close to 140mph. Opinion: What next for Daniel Ricciardo?